When I bought my VW California, the (standard) Thule Omnistor 5102 awning was terribly filthy. It also had a rattle when rewinding the awning and I had to push to get it in. So I guessed I had to replace the Gear Assy (Thule artnr.  1500601201 | sparepart nr 8 in the drawing below). So let’s combine the two problems by fixing it at once!

The filth was a combination of mold, algae and moisture on both sides. Strange that the former owner didn’t clean it.

At first I tried to rub it clean with a normal detergent for housekeeping. That didn’t work at all. On the one hand because you cannot apply any force on the canvas when it’s out (in fact, the fabric is PVC), on the other hand it was just too dirty. So I had to decide to take the awning apart and lay the fabric on the ground to scrub it firmly. Unfortunately I did not take any pictures or video at that time. But it’s very simple, if you see the spare part drawing, it speaks for itself. The only difficulty is that there is tension on the springarms. When you slide out the fabric, the arms have no limit anymore that the fabric provides and the lead rail will move to one side. I used two lashing straps to hold the frame together. Note: This is best done with another pair of hands.

The fabric was cleaned with a PVC cleaner, that worked far better than a ‘normal’ detergent in fact!

The Gear Assy costs about € 80,- and was replaced within minutes.
Update: I found photo’s at Caliboard replacing the Gear Assy and put them here to clarify how simple it is. All together; easy job, great succes! 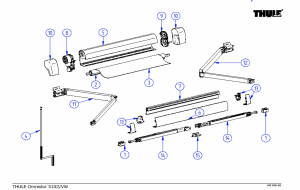 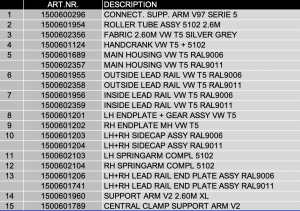 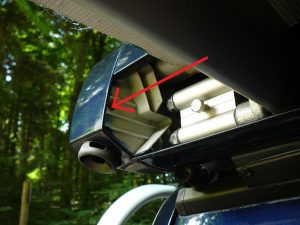 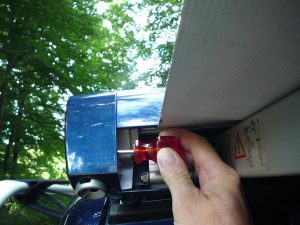 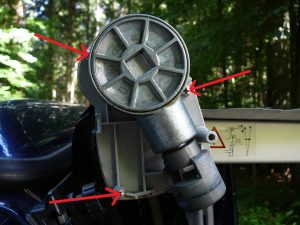 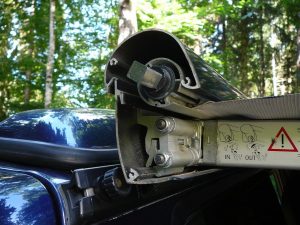 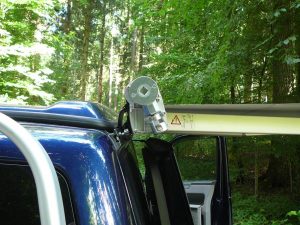 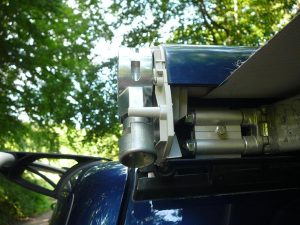